A Brief History of a Time-Stretching App

Time-stretching is defined as the process of changing the speed of an audio signal without altering its pitch. One popular use of this effect is to slow down audio material in order to make it easier to transcribe music or speech.

The original Chronotron product was a time-stretching plug-in for Winamp, inspired by my own desire to learn fast metal guitar solos. Released in 1999, it quickly gained popularity among Winamp users and in 2001 it was featured in the CD included with the book MP3 for Dummies, by Andy Rathbone. 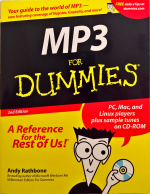 Through the years the plug-in evolved to also implement pitch scaling and support for Windows Media Player and DirectX hosts.

Another area of constant improvement has been audio processing quality and performance. The first release relied on a time-domain algorithm, which mainstream hardware of the early 2000’s could handle in real-time. The most recent releases are based on a phase vocoder plus some secret sauce – just like many other competing software – and sound quality is at least on par with the best.

When you’re a plug-in, though, your fate is inexorably linked to the fate of your host application. In the space of a few years’ time, Winamp went from being the de-facto media player to basically zero relevance. Luckily for Chronotron, Windows Media Player has survived for much longer and still refuses to die (just like Microsoft Paint), though it is no longer the default media player in Windows 10, so we can safely say WMP is now legacy software.

When Windows 8.1 was released and the app movement gained traction on Windows, I reused most of the Chronotron plug-in code to develop a standalone player app with built-in time-stretching and pitch shifting controls. The app was called Chronotron Speed Changer.

The Chronotron plug-in was still around as a necessity, as the first releases of the app were lacking in many ways to compete with full-featured players like WMP.

After nearly 100 app updates, Chronotron Speed Changer got many of the WMP features in addition to all the functionality that musicians love: tempo and pitch controls are of course there, but also channel isolation, interactive piano keyboard and guitar/bass fretboards, polyphonic note detection, and more. 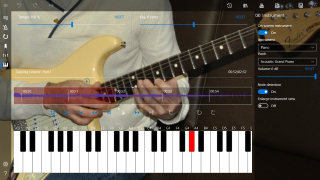 Today, aside from some niche – yet legitimate – usage, the necessity to keep the Chronotron plug-in alive is no longer so compelling. This brings us straight to the subject of my post: Chronotron Speed Changer is being renamed to just Chronotron.

The first update will be to the app itself to reflect the new name, which is being pushed to existing users at the moment via the Microsoft Store. As you can see, the web site has been revamped accordingly. You probably came to this post from there.

I also started this blog as a means of better interacting with you, Chronotron users. You will find here tips & tricks, tutorials and information on how to get the most out of the app.

Players Will Play, Plug-ins Will…

That is a great question. The Chronotron plug-in is no longer available for download; however, this doesn’t mean it’s gone forever, so stay tuned. If you feel like it, you can help shaping the future of Chronotron by providing feedback in the Comments section below.